We have had a wonderful two-week Christmas trip. We left Champaign two Saturdays ago and drove down to spend a night in St. Louis. It's our tradition to have a very mini get-away at the end of the fall semester. This year, we stayed at the Westin downtown. I HIGHLY recommend the hotel. The room and bathroom were the biggest I've ever seen and very nice. And, if you're not there during baseball season, it's relatively cheap. We ate dinner at Copia, which was delicious, and then walked around City Garden to enjoy the lights. 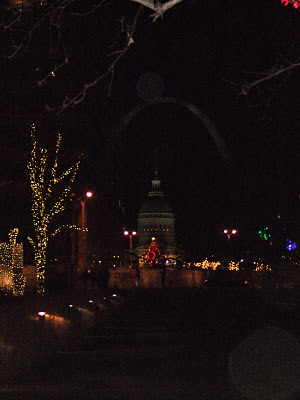 Sunday morning, we had breakfast at Rooster (also delicious) and then headed down to Wynne, Arkansas, to see Darby's mom's family. We had a wonderful steak dinner and got some great gifts from everyone. Darby has a lot of cousins and they are all about the same age, so it's always fun to get together. 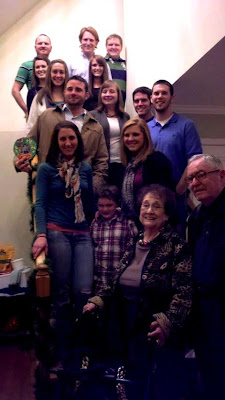 All the cousins and Grandpa and Alma
We stayed in Wynne an extra day and hung out with cousin Todd and his wife Rachel. They took us to the Memphis zoo, which was awesome. My favorite was the panda bears, but I didn't get a picture because they were behind glass. I also enjoyed the little meerkats. I love zoos. 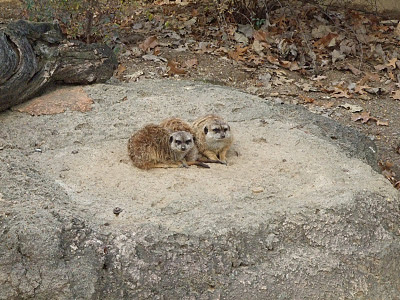 How many meerkats do you see? There are three! The two on the edge are sitting on one in the middle! :)

We usually are only able to stay in Arkansas for one night, so it was great to have a little extra time to spend with family there.
Posted by Kayla at 5:50 PM 2 comments:

Well, I have a few pictures and memories to share from our Christmas celebrations. But, I can't find my camera cord right now, so those will have to wait until later.

I've mentioned our ACU group a few times on this blog, but I don't know if I've ever explained exactly what that is. A year after Darby and I moved to Illinois, two other Physics majors from ACU (Austin and Daniel) moved up with their wives (Erin and Liz). The other two couples had been pretty close at ACU, but Darby and I hadn't known them very well. Austin and Erin started attending Philo Road, so we became friends with them pretty quickly. Eventually, the six of us started watching LOST together every week. After LOST ended, we decided to keep the tradition of a weekly get-together going. Someone (I think it was Austin) came up with the clever name "ACU AlumNight." For the past two years, we've spent time together each week (more or less) bowling, skating, going to corn mazes, eating, playing games, and talking, talking, talking (often heatedly...Austin and I are big debaters, much to everyone else's chagrin). We are so blessed to have this group of friends. Even though we've met some great people in Illinois, there's just something about sharing a common background that brings you closer. We enjoy reminiscing about ACU and talking about how perfect Texas is in every way. ;)

Before we left Illinois for Christmas, we had to say good-bye to Austin and Erin. They are moving to France for 3 years, so Austin can finish his research. That's one of the really hard things about living in a college town---almost everyone leaves at some point. Selfishly, I wanted us to be the first to leave. It will be so weird to go back and not see Austin and Erin at church. And I will miss mine and Erin's weekly coffee/chat sessions. But, I'm very excited for the adventures they will have living in Europe.

Before they left, we had a friend of mine take pictures of the 6 of us in front of the University of Illinois "Alma Mater" statue. I think the pictures turned out great. I can't wait to get one framed and displayed. 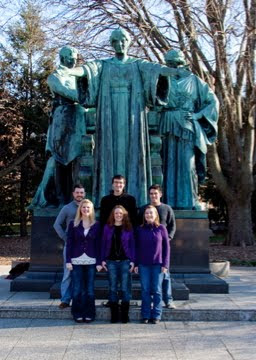 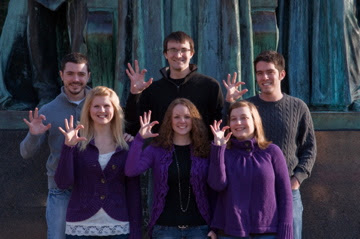 Wildcat pride :) (Photo by Ryan Salvador)
Posted by Kayla at 10:17 PM No comments:

Well, I survived another semester and am now frantically baking, wrapping presents, making Christmas cards, and generally trying to cram a month of Christmas merriment into 2 days. :)

Darby and I decided not to give each other presents this year since we're saving for our Italy trip. But we did fill each other's stockings (with a $25 limit, which was actually pretty difficult). Darby had mentioned that he would like some guitar picks, so I went to the music store downtown and picked these out. I thought they were nice--plain but still interesting. They came in a pack of 10. 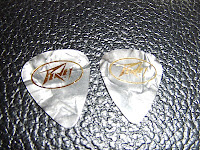 Unfortunately, I couldn't see the back of the picks in the package. When Darby opened them, he died laughing. This is what the back looks like. 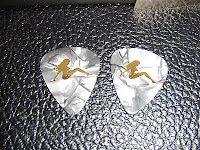 Oops. I lost the receipt, so we can't return them. Oh, well. 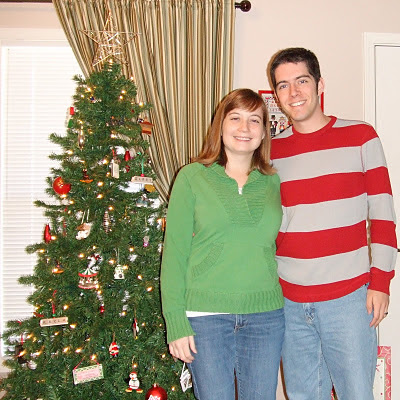 We leave tomorrow to start our trek down to Texas. We're so excited to see everyone. I love Christmas!
Posted by Kayla at 4:38 PM 4 comments:

A couple of years ago, I shared some of my favorite ornaments. We've acquired quite a few new ornaments since then, so I thought I'd share some more. I love putting up our tree each year. It's so fun to remember the stories behind the ornaments and think about the people who gave them to us.

Darby's parents send us an ornament each year, and they are always so perfect and personalized. Last year, John and Debby made these adorable Scrabble ornaments. 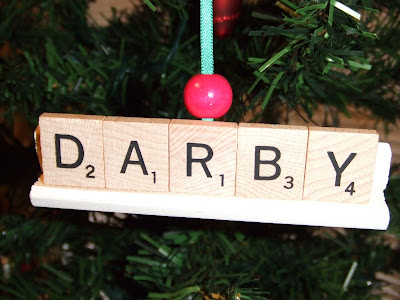 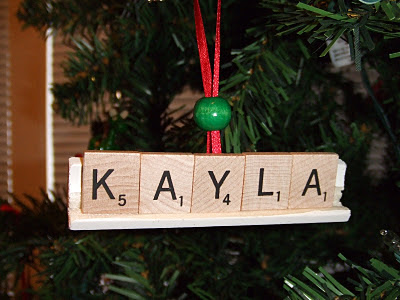 And this year, we got this cute one. I love it. It reminds me of home. 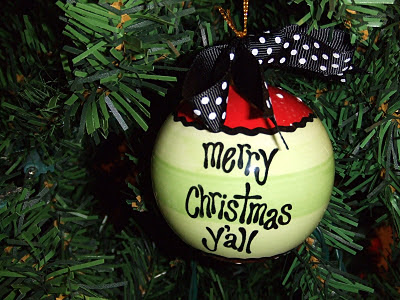 A couple of years ago, Hannah started a tradition of giving us all ornaments as part of our Christmas gift. She said she will continue "until she gets tired of it or forgets." Ha! This is the one she gave me last year. We're suckers for gifts with "sisters" quotes on them. 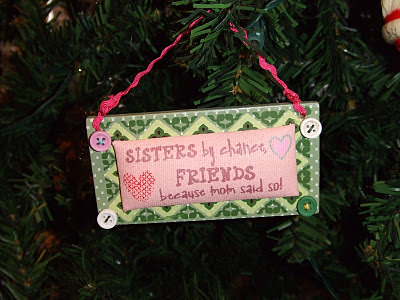 On our honeymoon, I started a tradition of buying an ornament for every trip Darby and I go on. However, that has proven a little difficult in practice. So, our collection of trip ornaments is a little incomplete. I did find this one to commemorate our first-ever camping trip in September. 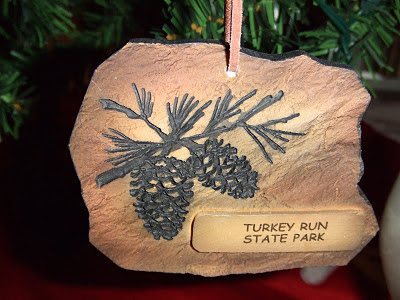 I hope we never have an "elegant" tree. I love our mismatched collection of meaningful ornaments.
Posted by Kayla at 5:07 PM 5 comments: