Well, I'm about a week late with this post. The past month, and especially the past 2 weeks have been really fun as Jonas has started to become a lot more aware and alert. He's interacting with Darby and me a lot more. Some days, when I'm trying to get stuff done at home, I do sort of miss the days when he would sleep most of the day. But seeing his little smile and hearing his coos is a lot more fun that getting stuff done anyway.


"Firsts" from This Month 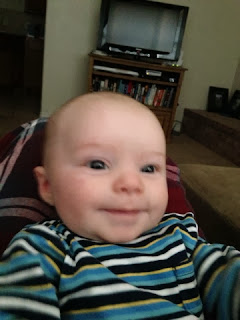 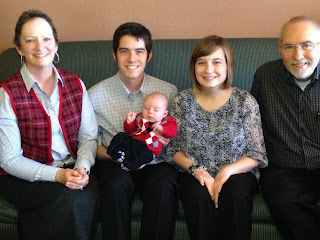 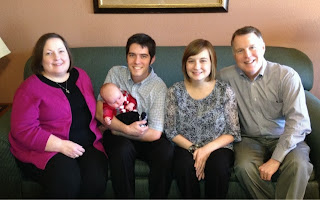 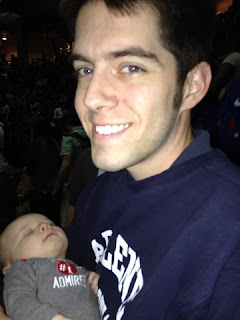 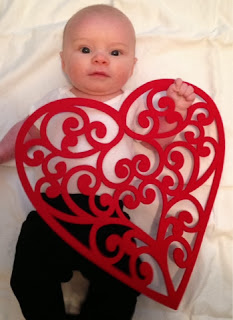 Well, I got out of the habit of doing my monthly reading list. And, honestly, I haven't read a whole lot in the past year. I'm not sure why. I suspect part of it might have to do with getting an iPad then an iPhone. It's too tempting to look at Pinterest and Facebook or play Candy Crush. But, I've downloaded the Kindle app, and I'm trying to get better about reading again. Here are some of the good books I've read lately.

Bread & Wine: A Love Letter to Life Around the Table by Shauna Niequist
I had heard really good things about this book from a lot of people, so when it went on sale for the Kindle, I snatched it up. Food-related memoirs are my favorite genre, and I enjoyed this one, especially since it also incorporated thoughts about faith. Shauna's main point is that community centers around food, and you shouldn't wait until your life is perfect to be hospitable. While her writing was beautiful and I agree totally with her main points, I felt it was at times difficult to buy what she was saying. It's like, "You don't have to do anything fancy! Your life doesn't have to be perfect. Now let me explain how I make my 'super-simple' from-scratch risotto and vinaigrette and homemade ice cream for my group of extraordinarily tight-knit friends at my parents' summer lake house." Maybe it's just my own insecurities, but I kind of felt like a failure as I was reading, which I think was the opposite of the author's intention. Still, if you like books about food.

Brain Rules for Baby: How to Raise a Smart and Happy Child from Zero to Five by John Medina
I read the adult version of Brain Rules, which was also interesting, so I couldn't resist this Kindle Daily Deal. I'm very curious about how Jonas's little brain works and what he is capable of. The author's main point was that playing Mozart to your baby and trying to teach him how to read is pointless. Instead, he talks about factors that have been proven through numerous studies to affect young children's development. A lot of it is common-sense stuff (e.g., happy marriages produce happier children), but some of the information, like what types of play are most beneficial, was really helpful. And it was good to be reminded that it's really the big picture that matters more than the tiny details.

The next four books are ones that I read for my book club. Now that I'm back in Abilene, I was able to rejoin the book club that I helped found seven years ago. I absolutely love talking about books with others, and so far the books that we've read have been really good.

The Fault in Our Stars by John Green
This is a young adult novel that had been highly recommended to me by several people. It's a love story about two teenagers with cancer. It sounds really depressing, but it has enough light-hearted moments to make it not a total downer. The main characters are very witty and likable, and I loved the relationships they had with their parents. That being said, I think this book might have been hyped up a little too much before I read it. I liked it, but I didn't love it.


The Art of Racing in the Rain by Garth Stein
This is another book I had heard a lot about but never gotten around to reading. It is narrated by a dog, which kind of turned me off, since I'm not a dog person. I actually loved it, though.  It's hard to explain the plot without giving too much away. Basically, the dog, at the end of his life, is telling the story of his owner's life through his eyes. The narration could have come off as gimmicky, but it really didn't. And the situation the owner finds himself in makes it a real page-turner.

Where'd You Go, Bernadette? by Maria Semple
Bernadette is an eccentric middle-aged mom who disappears, leaving her precocious 13-year-old daughter, Bee, and clueless husband behind. Bee begins examining the events that occurred leading up to the disappearance in order to find out what happened. Told through multiple points of view, letters, e-mails, bills, etc., the mystery unfolds brilliantly piece by piece. And the author hilariously parodies Seattle hipsters, private school parents, and Microsoft employees. This is one of the best books I've read in a while. It's hilarious, quirky, smart, and poignant.

The Book Thief by Markus Zusak
This was my pick for book club because I already owned it but hadn't read it. It's another young adult novel, although it's quite long and deals with a very serious subject. It's narrated by Death and tells the story of a young German girl who's given into foster care by her mother during World War II. The girl's foster family ends up sheltering a young Jewish man, whom she befriends and bonds with over a love of reading and words. I've read many Holocaust books, and I appreciated that this one was told from the point of view of a German family. It helped me to see that the distinction between "good" people and "bad" people is not black and white and really made me question how I react when I know about injustices that are going on around me. But again, I think this one might have been hyped up too much. I enjoyed it, but I felt like it dragged in places and was sometimes heavy-handed.
Posted by Kayla at 6:28 PM 1 comment: