This stage with Jonas is really fun. He's responding to us with smiles and giggles a lot more. He's started noticing other babies at church and play group. He's still pretty serious, but he doesn't look quite so skeptical all the time.

Just for fun, here's a comparison of all 4 months. He hasn't gotten a whole lot bigger than he was at 2 months (his growth is leveling off, so he's in a more average percentile - NO IDEA why/how he was so big at birth). But, he's definitely able to sit up and hold his head up much better than he used to. 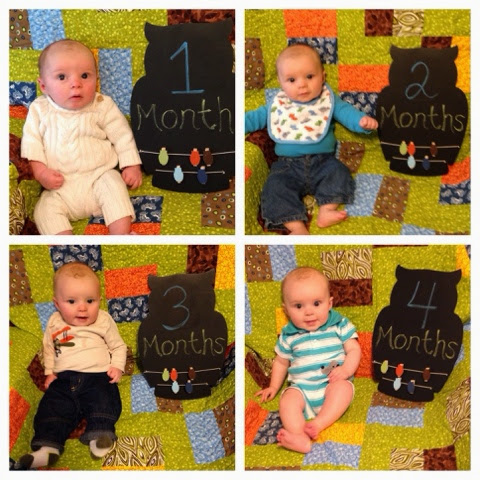 "Firsts" from this Month 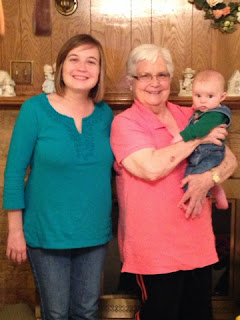 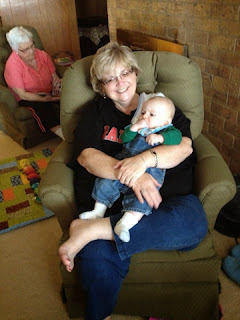 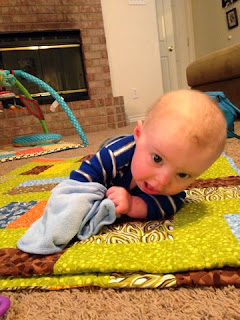 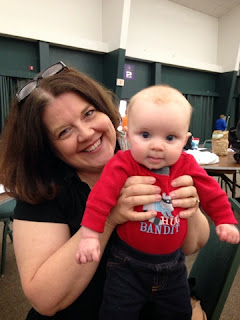 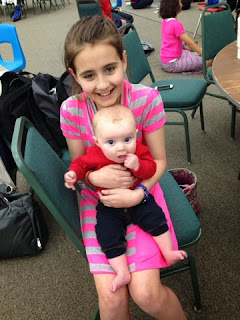 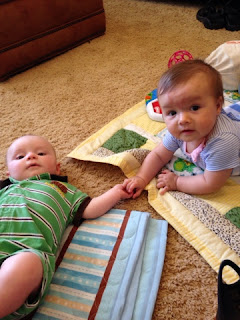